Based on last Friday closing, the US bulls maybe waking up from their  November and December slumber and are poised to do something spectacular to the US financial markets. Read on for more information. 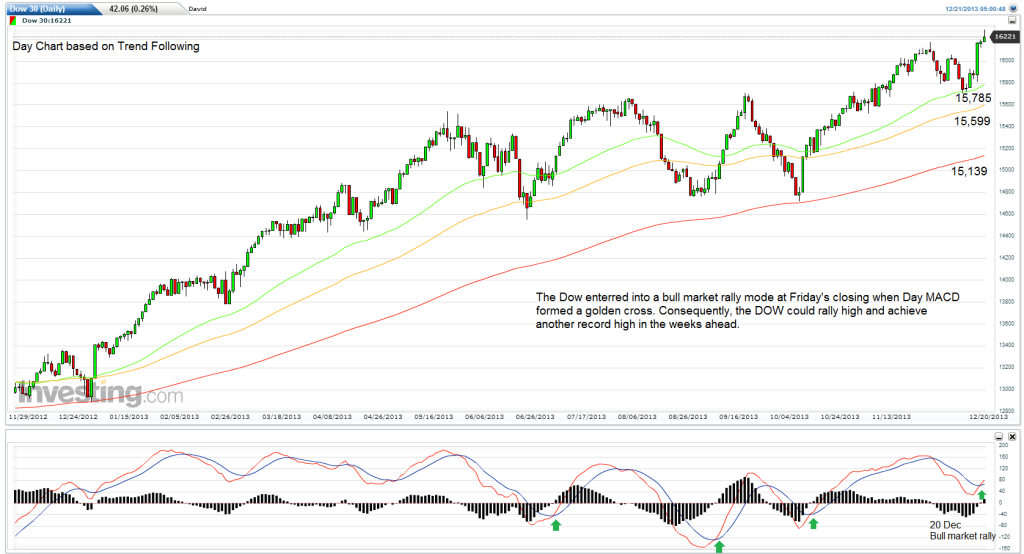 The Dow successfully formed a Day MACD golden cross at Friday’s closing and hence the market is in a bull market rally mode. The Dow could continue rally and achieve another record high between now and the end of the year.

Similar to the S&P 500, the Nasdaq bulls are waking up and could start a bull market rally ONCE it’s Day MACD successfully forms a golden cross.

No individual financial needs or goals have been taken into account in the preparing outlooks & advise; members should seek independent advice from William Au and David Lee about specific financial strategies.

View all posts by trendfollowingmalaysia

Be advised that the owner of this page will not be held responsible for any investment actions that you take as a result of securities mentioned. The owner is neither an investment advisor nor a financial advisor. This website is strictly an informational publication and does not provide individual, customized investment or trading advice. It is intended for experienced investors who are familiar with the risks, cost, and legal consequences of investing. Use or misuse of any information included in this website specially exempts the owner and anyone affiliated with the owner from any liability whatsoever. The information given is intended to be an aid to your own investment process, and your investment actions should solely be based upon your own decision and research. The owner may or may not already own securities mentioned here. You agree to hold these securities completely blameless in the event of financial losses you may incur by trading securities mentioned here.
%d bloggers like this: