As covered in our Dec Outlook, FCPO is still in a bull market correction mode. 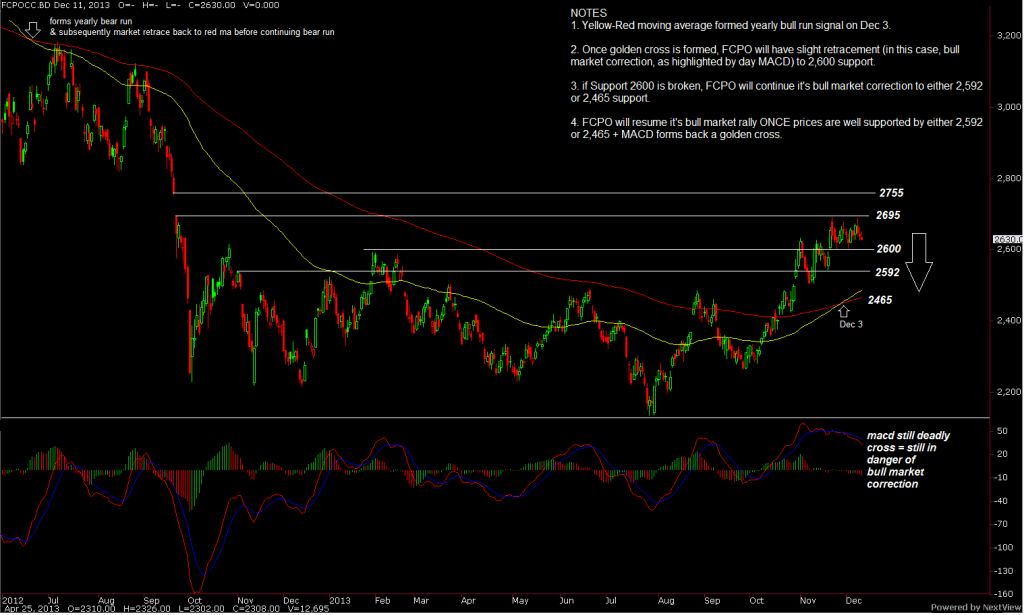 However that being said, FCPO is not going for a crash or a yearly bear run as prices are still trading above the red moving average of 2,465. The market is just going through a bull market correction before resuming it’s bull run once day MACD forms a golden cross.

Similarly like what happened on June 25 2012, FCPO formed a yearly bear run signal, but the strong bear run does not come immediately; instead the market had a slight retracement to the red moving average at that time before continuing it’s strong bear market correction. So trend followers, you know what to do, repeat the good work that you had been doing and follow your trading plans. Follow the trend well. 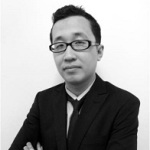 View all posts by trendfollowingmalaysia

Be advised that the owner of this page will not be held responsible for any investment actions that you take as a result of securities mentioned. The owner is neither an investment advisor nor a financial advisor. This website is strictly an informational publication and does not provide individual, customized investment or trading advice. It is intended for experienced investors who are familiar with the risks, cost, and legal consequences of investing. Use or misuse of any information included in this website specially exempts the owner and anyone affiliated with the owner from any liability whatsoever. The information given is intended to be an aid to your own investment process, and your investment actions should solely be based upon your own decision and research. The owner may or may not already own securities mentioned here. You agree to hold these securities completely blameless in the event of financial losses you may incur by trading securities mentioned here.
Loading Comments...
%d bloggers like this: